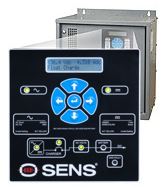 Here now!   The next generation IQ. 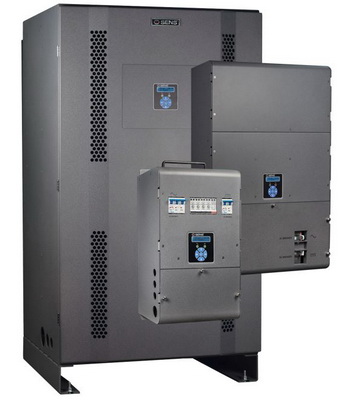 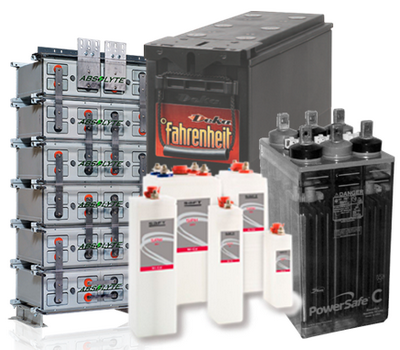 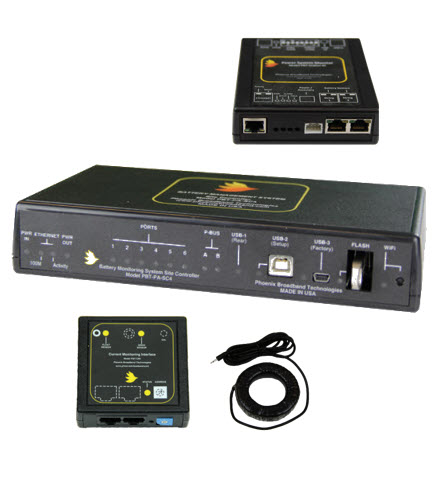 IQ2 is an EnerGenius IQ charger with substantially upgraded electronics and firmware. IQ2 is fit, form and function compatible with the first generation (Gen 1) EnerGenius IQ. IQ2 can be employed anywhere Gen 1 EnerGenius IQ has been. In fact, Gen 1 IQ chargers can be field upgraded to IQ2 capability.

Why did SENS decide to upgrade its successful Gen 1 EnerGenius IQ design?

SENS has long planned to replace 2006-vintage electronics and firmware in the EnerGenius IQ with modern components and more powerful firmware that is already developed, tested and well-proven in thousands of SENS’ switchmode MicroGenius 2 and EnerGenius DC chargers. These updates enable much more sophisticated alarms, networking and addition of external measurement and integration of other devices than possible in the first generation EnerGenius IQ. Standardization with other SENS chargers also will enable both our customers and SENS’ customer service team to support all our products more efficiently.

We elected to do this in 2021 because, as eventually happens with all active electronic components, some parts in the 2006-vintage EnerGenius IQ design are going obsolete and suppliers are discontinuing manufacture. This supply chain reality requires that SENS act now to upgrade the design of our circuit boards to employ components with production lifetimes many years into the future.

Is IQ2 still an SCR charger?

Yes, we are only changing the control, alarm, and communications electronics. IQ2 still uses the same power train as the Gen 1 EnerGenius IQ.

Will IQ2 part numbers be the same as Gen 1 IQs?

Yes. We maintained the original model numbering system while adding features. This means two things: First, all models provide as least the same function as Gen 1 chargers; Second, in some configurations new features such as additional relay contacts, higher powered relay contact or other functions are added above and beyond what the Gen 1 IQ provided.

When did the transition from Gen 1 IQ to IQ2 occur?

During the second quarter of 2021.

Can I still choose between Gen 1 IQ and IQ2?

No. Production of Gen 1 IQ circuit boards ended because suppliers have discontinued certain electronic components essential to Gen 1 control and alarm circuit boards. Circuit assemblies remaining after Gen 1 IQs are no longer manufactured will be maintained by SENS as spare parts for Gen 1 IQ chargers already in service.

Can I upgrade my Gen 1 IQ chargers to IQ2?

Yes. It’s easy to upgrade Gen 1 circuit cards and front panel with their IQ2 replacements. Anyone qualified to replace a circuit card in a Gen 1 IQ can perform the upgrade. Only circuit cards and in some cases an alarm mounting bracket need to be replaced.  Wiring harnesses and power conversion components remain unchanged.

Can IQ2 be used at sites where customers operate standardized fleets of chargers?

Yes. Some customers build out infrastructure in different phases over many years. At such sites there is a desire to maintain commonality in electronic products such as battery chargers so that the job of maintenance personnel is easier.

Although the user interface and outward appearance of IQ2 differs little from Gen 1 IQ, the charger’s firmware is different. There would be two options for fleet operators after the transition from Gen 1 to IQ2: (a) either support both Gen 1 and IQ2 in the same fleet or, (b) field upgrade existing Gen 1 IQ chargers to IQ2. The field upgrade is performed by replacing circuit boards and, in some cases, an internal mounting bracket. All Gen 1 IQ chargers can be field upgraded to the IQ2 except for 240-volt nominal output versions.

Can IQ2 be connected in parallel with Gen 1 IQ?

How long will SENS support the Gen 1 EnerGenius IQ?

Are there any features included in the EnerGenius IQ that were dropped in the IQ2?

All features in Gen 1 were retained in the IQ2. The IQ2 control panel was simplified by removing two control buttons: (1) A shortcut button to adjust charging mode and, (2) a shortcut to the “Battery Check” function that enabled the battery check mode to be invoked quickly from the front panel.

In IQ2, both features still reside in the charger and are easily invoked using the front panel navigation keys. The addition of many more configuration options to the charging mode and battery check features, however, made it impractical to maintain button shortcuts on the front panel. Click here for a side-by-side comparison of Gen 1 and IQ2 charger user control panels.

What batteries can IQ2 safely charge?

As with Gen 1 IQ, IQ2 offers patented charging algorithms to provide optimal charging of many variants of lead-acid and nickel cadmium batteries. And, because IQ2 now employs the same firmware as the EnerGenius DC, and EnerGenius DC has been certified by Saft as compatible with the Saft Flexion lithium battery management system (BMS), IQ2 is also compatible with Flexion and its BMS. This means that IQ2 is qualified to safely deliver full charging current to Flexion lithium batteries.

What networking protocols does IQ2 support?

Serial Modbus, Modbus over TCP/IP, DNP3 and IEC 61850. While all protocols will not be available at first release, we expect to release all prior to Q2 2022.

I already have IQ’s that I monitor over Modbus. Is IQ2 compatible with my current Modbus monitoring settings?

You don’t need to make any changes to your HMI console or PLC to monitor IQ2. It can be set to use the same register addresses as Gen 1 IQ’s.

Does the IQ2 have the same reliability and MTBF levels as the original IQ?

Is the IQ2 warranty the same as Gen 1 IQ?

Yes.  SENS supports the IQ 2 with a 5-year limited warranty, the best in the industry.

What agency listings will the IQ2 carry?

How does Battery Check work?

Initiated either manually or on a user-adjustable automatic schedule, Battery Check gives a Pass/Fail assessment of the battery’s ability to carry the connected system load. It does this by reducing charger output and allowing the battery to support the load. A healthy battery supports the load. During the check the charger stays active as a DC power “backstop” to prevent dropping of the critical load in case of a missing or failed battery.

Yes. All parameters are adjustable, including whether it is enabled, whether to run automatically, duration of test, frequency of automatic test and test voltage setpoint.

On what type of DC load does Battery Check give the most accurate results?

Battery Check gives highest accuracy results in a DC system with a relatively large constant load, in general, greater than 10% of the charger’s rated output current.

How does Battery Check work with light loads?

Battery Check is most useful with heavier loads because it depends on the connected load to stress test the battery. There are two issues that limit its effectiveness on very light loads:

In switchgear and engine start applications the periodic loads are much larger than steady-state current draw. In these applications Battery Check does not today give an accurate picture of the battery’s ability to support the large intermittent loads

If a weak battery can pass the test what’s the use of Battery Check?

Battery Check actually emulates the regular site assessment practice that many electric utilities employ, but automates the work. For example, after arrival at a substation maintenance crews frequently shut down the charger before commencing other PM work. Just prior to leaving the site the crew verifies that the station battery has performed to expectation and then restarts the charger to verify that the charger delivers acceptable recharge current.

IQ Battery Check is better than the manual process described above because:

If Battery Check doesn’t always give perfect results why use it?

Many system failures are caused by simple human factors such as forgetting to close a battery breaker. Battery Check can catch some human factors problems before they create a crisis.

When demonstrating DC system integrity Battery Check is the less risky alternative to turning off the charger ‘s AC breaker because it protects from several potential ways battery energy could fail to reach the critical load:

Parallel operation: Two chargers are connected in parallel to the same battery

Forced load share: A scheme intended to cause chargers to share output current despite normal manufacturing tolerance and unavoidable variation in resistance of charger output cabling

In addition, operation of the IQ 2 digital load share scheme is completely independent from of the AC source, meaning that two chargers powered by different grids or from different input voltages will reliably load share.

Can chargers with different current ratings be used in load share configuration?

Yes. Any IQ2 chargers with the same rated output voltage can be paralleled. Load currents will share according to percent of rated charger output.

Should the forced load share option be used between two chargers connected to two different batteries?

No. Forced load share should only be used when two chargers operate in parallel on the SAME battery.

How do you recommend attaching the remote probe to the battery?

SENS recommends fixing the remote probe directly to the battery, instead of sensing ambient air near the battery. This is particularly important when battery blanket or other temperature controlling elements are used with the battery.

Both methods are explained in detail in the installation instructions accompanying the remote probe.

Why does SENS use dual microprocessors in the IQ?

How do you reliably prevent the charger’s voltage from running away?

We don’t think an IQ 2 would ever lose voltage control. But if either of the two potential causes for overvoltage runaway were to occur here’s how we address each case:

In case of a shorted rectifier bridge component this would short circuit the transformer secondary winding, causing the AC input breaker to trip, stopping all input to, and output from the charger.

If there were to be a control system failure: Each of the two microprocessors runs different firmware and actuates a different transistor to enable the power train. Both processors must command their respective transistors to be ON in order to enable SCR drive. Either processor has the authority and actuator mechanism to turn off the charger. Should a failure occur in a processor, its firmware or actuator transistor the redundant function of the other processor remains capable of shutting down the charger.

Why is overvoltage shutdown redundancy so important?

Runaway charging voltage is like unintended acceleration in a car. An out-of-control charger will overcharge the battery, increasing the possibility of fire or explosion.

What is “selective” overvoltage shutdown and why does it matter?

Where there are multiple sources of DC on a single bus it is important to shut down only the source of the overvoltage problem. We do not want to turn off the “victim” devices. They need to stay operational after the problem source is shut down to insure continuity of power to the critical load.

How do you prevent nuisance overvolt shutdowns?

False overvolt shutdowns are unacceptable. SENS addressed the multiple possibilities this could happen as follows:

Can the charger’s firmware be upgraded in the field?

What’s the benefit of field-upgradeable firmware?

Upgradeability enables new features and functions developed over time to be retrofitted to the installed base, protecting customer investment in the IQ2 regardless of date of purchase. If a firmware upgrade is required to activate the new feature it’s easy to do. Upgradeable firmware allows customers desiring these new features to retrofit their existing charger, bringing it up with new production units. This “future-proofs”” your charger investment.

The SENS Genset eNewsletter is intended to provide genset specifiers, packagers, distributors, and service personnel with relevant, practical information about engine starting systems and products. Our focus is to provide useful content that helps people do their jobs better.